At the Supreme Court hearing on 22 September in Petrozavodsk, Judge Alla Rats requested another expert assessment of the photographs on Yury DMITRIEV’s home computer that formed the pretext for his arrest on 13 December 2016.

From Nikita Girin’s two detailed articles this July in Novaya gazeta we have learned which among the 140 plus photographs taken of his foster daughter between 2008 and 2015 were selected to support a charge of child pornography against the historian, and why.

END_OF_DOCUMENT_TOKEN_TO_BE_REPLACED

As part of the new investigation, Yury Dmitriev was sent to Hospital No 6 in St Petersburg where psychiatrists have been determining whether he is fit to stand trial and has not taken leave of his senses …

On Wednesday, 8 August, he was released from ward No 8 and will now return to Karelia and Detention Centre No 1 in Petrozavodsk. During this period in Petersburg Dmitriev was visited by his daughter Katya, his confessor Grigory Mikhnov-Vaitenko and his lawyer Victor Anufriev, who secured his release in January this year and his acquittal after the trial in April.

Every day of the week, apart from Wednesday, Dmitriev’s supporters have been bringing brought him parcels of food, cigarettes, etc. and making donations to the hospital library: he couldn’t receive books directly, but might take them out of the library if they were there. Around forty people took part in this form of support.

On Thursday, people went to check whether he was now at the Kresty Prison in Petersburg. Dmitriev would pass through the prison before being transported back to Karelia and Detention Centre No 1.

Tatiana Kosinova
the Dmitriev Affair page on Facebook
(which presently has over 4,900 followers)

Kosinova is the founder and general director
of the Cog!ta publishing house

Despite repeated forensic analysis to the contrary, the Russian historian has spent 13 months in pre-trial detention on child pornography charges (writes Natalia Shkurenok).

On 27 March 2018, the final hearing was held in the prosecution of Russian historian and rights defender YURY DMITRIEV. Dmitriev, who has been instrumental in investigating Karelia’s Gulag past, was arrested in December 2016 and charged with producing child pornography, the evidence for which consisted of naked photographs of his adopted daughter.

Yesterday, Dmitriev was given the right to make a final statement before the court, after which the judge left to make a decision. The doors of Room 322 at Petrozavodsk City Court remained closed for 10 minutes. As Yury Dmitriev told the people waiting outside afterwards, instead of a long speech in his defence, he read a short letter from his adopted daughter Natasha.

“Dear Dad, I really miss you!

I hope that they release you soon. Everything is fine with me, I’m studying well. I wish you a belated happy birthday! How are things with you? Write when you can.

I love you with all my heart, your daughter Natasha.”

END_OF_DOCUMENT_TOKEN_TO_BE_REPLACED

Russia’s Serbsky Institute has rejected any grounds for the charges against YURY DMITRIEV, renowned historian and Head of the Karelia branch of the Memorial Society.

Even an institute notorious for its use of punitive psychiatry in Soviet times was not willing to take part in the politically motivated attempt to imprison Dmitriev for up to 15 years and stated clearly that the historian “is not a paedophile”.  The result comes after Dmitriev spent 13 months in detention on charges that aroused concern far beyond his native Karelia.

END_OF_DOCUMENT_TOKEN_TO_BE_REPLACED

At today’s long-awaited court hearing, the first since YURY DMITRIEV returned from Moscow and was released from custody, the findings of the Serbsky Institute were made public: the court had required the institute to assess Dmitriev’s mental state and the status of the photographs he took of his foster daughter Natasha. 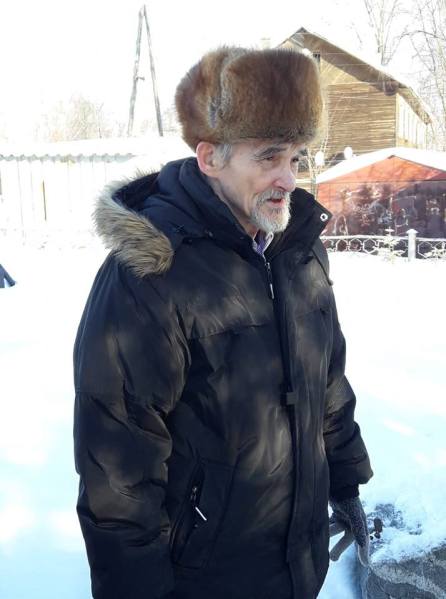 The specialists at the Serbsky Institute in Moscow found that Dmitriev is in his right mind and does not require in-patient treatment at any psychiatric institution. They also concurred with the experts who reported to the Petrozavodsk City Court on 27 December 2017 that there was no element of pornography in the nine photos cited by the prosecution as evidence of abuse.