On 27 January 2019, Russia laid on a huge military parade to mark the 75th anniversary of the lifting  of the Siege of Leningrad.  In a hate campaign, worthy of their Soviet predecessors, Kremlin-loyal media and commentators turned on German journalist, Silke Bigalke, who criticized this “dancing on the bones” of the million Leningrad residents who died during the Siege.

Yet many Russians, including some historians, felt uneasy about holding a military parade rather than a sombre remembrance of the victims. How many other historians preferred not to comment in public cannot be known – the number is likely to be rising.

(For six hours, one demonstrator after another maintained this protest outside
the offices of the Presidential Administration in Moscow)

END_OF_DOCUMENT_TOKEN_TO_BE_REPLACED

It is becoming dangerous in Russia to investigate the crimes of Stalinism, writes Halya Coynash. A second Karelian historian, Sergei KOLTYRIN has been arrested and is facing charges almost identical to those now brought against political prisoner, Yury DMITRIEV. 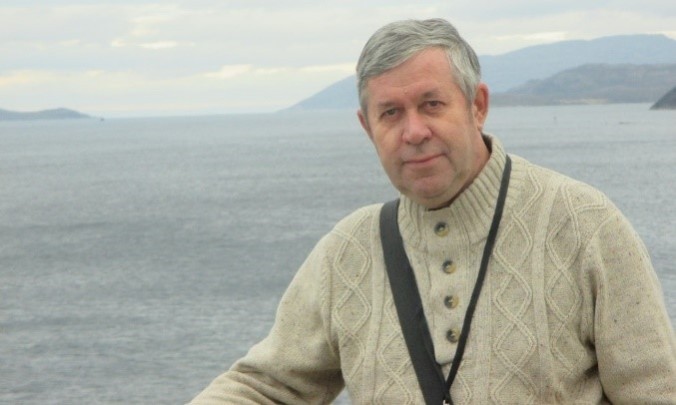 While the possibility cannot be excluded that there are real grounds for these new charges, the chilling similarities between the two cases are of immense concern. So too is the timing, with this second arrest coming soon after Koltyrin publicly rejected attempts to rewrite history about the mass graves of victims of the Terror at Sandarmokh in Karelia.

END_OF_DOCUMENT_TOKEN_TO_BE_REPLACED

YURY BRODSKY sees the far northern Solovki Archipelago as a kaleidoscopic microcosm of Russia – its history, culture, nature, and spirit all brought together in one remote and windswept corner of a vast country. “The most varied people come here and they all need Solovki,” says Brodsky. “It can change your world view. I’m trying to say that Solovki is a reflection of our entire world, of our entire history.”

Recently, his latest book about Solovki was reviewed on an Orthodox website. While the reviewer notes the author’s “feeling of love for Solovki”, he charges that it also demonstrates “a dislike, a surprising dislike, of the centuries-long history of the Solovetsky Monastery and Orthodox Russia.”  END_OF_DOCUMENT_TOKEN_TO_BE_REPLACED

On 26 December 2017, Karelian journalists described their new investigation, “Rewriting Sandarmokh”, at a discussion held at the Agrikalch Art Gallery in Petrozavodsk.

ANNA YAROVAYA told how the idea of conducting the investigation first arose. It was hard to find out who was trying to alter the history of the executions and burials at Sandarmokh, and why, she said.  END_OF_DOCUMENT_TOKEN_TO_BE_REPLACED

A memorial graveyard known as Sandarmokh. It is a word without precise meaning or translation: there are only different accounts of its origins. The associations are unmistakable, however. It calls to mind a history of suffering and death.

For many what happened there eighty years ago stirs feelings of horror to this day. Mass executions of political prisoners—more than 7,000 of them in 236 common graves. People whose years in the Gulag ended in 1937-1938, in the forests of eastern Karelia, with a bullet to the back of the head.

Since its discovery in 1997, Sandarmokh has become a place of pilgrimage for the descendants of those killed in Stalin’s Great Terror, for local villagers, for historians and for public figures. An International Day of Remembrance has been held at Sandarmokh every year since then, attended by delegations from various parts of Russia and from abroad.

Yet in 2016, almost twenty years on, certain Petrozavodsk historians announced that, in addition to those shot in the 1930s, Soviet POWs might have been killed and buried at Sandarmokh during the “Continuation War” with Finland (1941-1944). This suggestion prompted a great debate among academics and was reported in both Russian and Finnish media.  END_OF_DOCUMENT_TOKEN_TO_BE_REPLACED