On 23 July, in a closed session at the city court in Petrozavodsk, two psychologists were questioned as expert witnesses for the defence in the second Dmitriev trial. Victor Anufriev, the defence attorney, said that their responses were very important for the case.

It was the third time the experts have made the journey north from Moscow and the first time they were called to testify.

“I can tell you the following,” said Anufriev to the 7×7 correspondent. “Today at the request of the defence expert psychologists from Moscow were questioned in court. I do not wish to name them. They gave their opinion and assessment of the procedural documents with which I provided them. I asked them questions and they gave answers.

“Let me add that the trial has not ended. It will continue on 3 September this year.”

Asked how the answers of the experts could affect the course of the trial, Anufriev replied: the court will decide but added that he would not have pursued this matter if their response was not important. 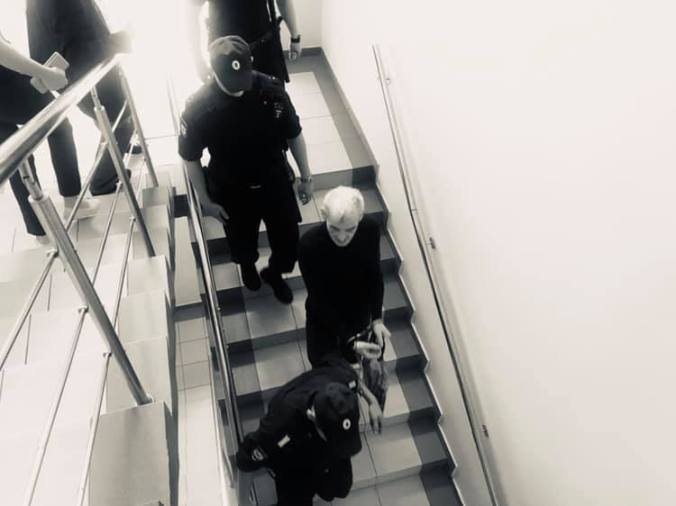 Meanwhile a series of solitary pickets in support of Yury Dmitriev have been taking place in Petrozavodsk and also in Moscow, in front of the presidential administration building.

In April 2018, the Petrozavodsk City Court acquitted Yury Dmitriev in his first trial. Two months later, the Supreme Court of Karelia overturned the decision and on 27 June he was again taken into custody, where he remains to this day.

New charges were brought against him of forcing a minor to commit acts of a sexual nature. Dmitriev’s defence petitioned successfully for the court to treat these and the former charges of preparing pornographic photographs of his adopted daughter Natasha as one case.

On 17 June 2019, the prosecution began to cross-examine Natasha’s grandmother and Natasha herself, who was questioned in the absence of her adoptive father.

Other sources have identified the two Moscow experts who spoke in court yesterday: Yelena Morozova who has a Ph.D. in psychology and Alexander Vegner, a prominent researcher at the Health Ministry’s National Medical Research Centre for Children’s Health.