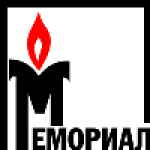 On 13 December the local historian and public figure Yury Dmitriev was detained in Petrozavodsk.

We have known Yury Alexeyevich Dmitriev for many years as a researcher into the history of political repression in Karelia, as author of the book Lists of Remembrance of Karelia, as the person who discovered a number of places of burial of victims of political repression, and as one of the first people to locate a major burial site of this kind, [what is now] the Sandormokh Memorial Cemetery, which has received national and international recognition and has been designated by the government of Karelia as a historical and cultural monument. Not every institution could do the work that Yury Dmitriev has done virtually single-handed.

Thousands of people who live in Russia and in the countries of the former Soviet Union are grateful to him for the evidence he found of the circumstances of the deaths of their relatives and loved ones.

We believe that the charges brought against him are utterly implausible.

We ask you personally to oversee this investigation.