At today’s long-awaited court hearing, the first since YURY DMITRIEV returned from Moscow and was released from custody, the findings of the Serbsky Institute were made public: the court had required the institute to assess Dmitriev’s mental state and the status of the photographs he took of his foster daughter Natasha. 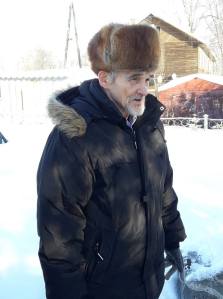 The specialists at the Serbsky Institute in Moscow found that Dmitriev is in his right mind and does not require in-patient treatment at any psychiatric institution. They also concurred with the experts who reported to the Petrozavodsk City Court on 27 December 2017 that there was no element of pornography in the nine photos cited by the prosecution as evidence of abuse.

This would seem to demolish emphatically the prosecution case. There are no charges to be answered and, failing a term of imprisonment, neither can there be any justiciation for shutting the historian away for an indefinite period of treatment  in a psychiatric hospital.

It also raises the hope that, after over a year’s separation and lack of any contact, Dmitriev will be re-united with Natasha, his foster daughter.

Little about this case has been straightforward, however. Victor Anufriev, Dmitriev’s defence attorney, who has successfully guided the trial proceedings towards this resolution, counsels caution. Until Dmitriev has been acquitted, and that verdict confirmed by a higher court (the prosecution seem almost certain to appeal against such an outcome) the trial is by no means over.