On Thursday, 28 December 2017, YURY DMITRIEV was transferred to Moscow, under guard, to be assessed at the Serbsky Institute.

The report was confirmed that day by VICTOR ANUFRIEV, Dmitriev’s defence attorney. No one had informed the lawyer; he learned of the transfer on Thursday after it had happened. Dmitriev flew into Moscow under escort about 4.30 pm.  At the hearing of his case at the Petrozavodsk City Court on Tuesday, 26 December, the prosecution submitted two petitions to the court: one, that another [a third] assessment be made of the photos of Dmitriev’s foster-daughter; two, that he himself be examined as an in-patient at a psychiatric institution.

The court upheld these petitions and appointed the Serbsky Institute to carry out the assessment in both cases.

On Wednesday, 27 December, the court ruled that the measure of restraint imposed on Yury Dmitriev be changed on Sunday, 28 January 2018, from continued custody at Detention Centre No 1 in Petrozavodsk to the accused’s guarantee that he would not leave the country. 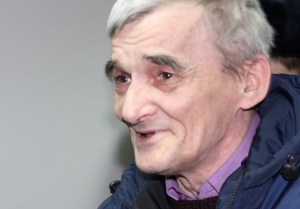 It is reported that YURY DMITRIEV was taken under guard today by plane to Moscow, where he will be examined at the Serbsky Institute. Formally speaking, the decision to submit him for a second psychiatric examination in Moscow was only taken in Petrozavodsk the day before yesterday.

VICTOR ANUFRIEV, Dmitriev’s attorney, commented that this transfer had evidently been arranged some while before and said it was “cause for concern”: especially “because there is no urgent necessity for this to happen” now.